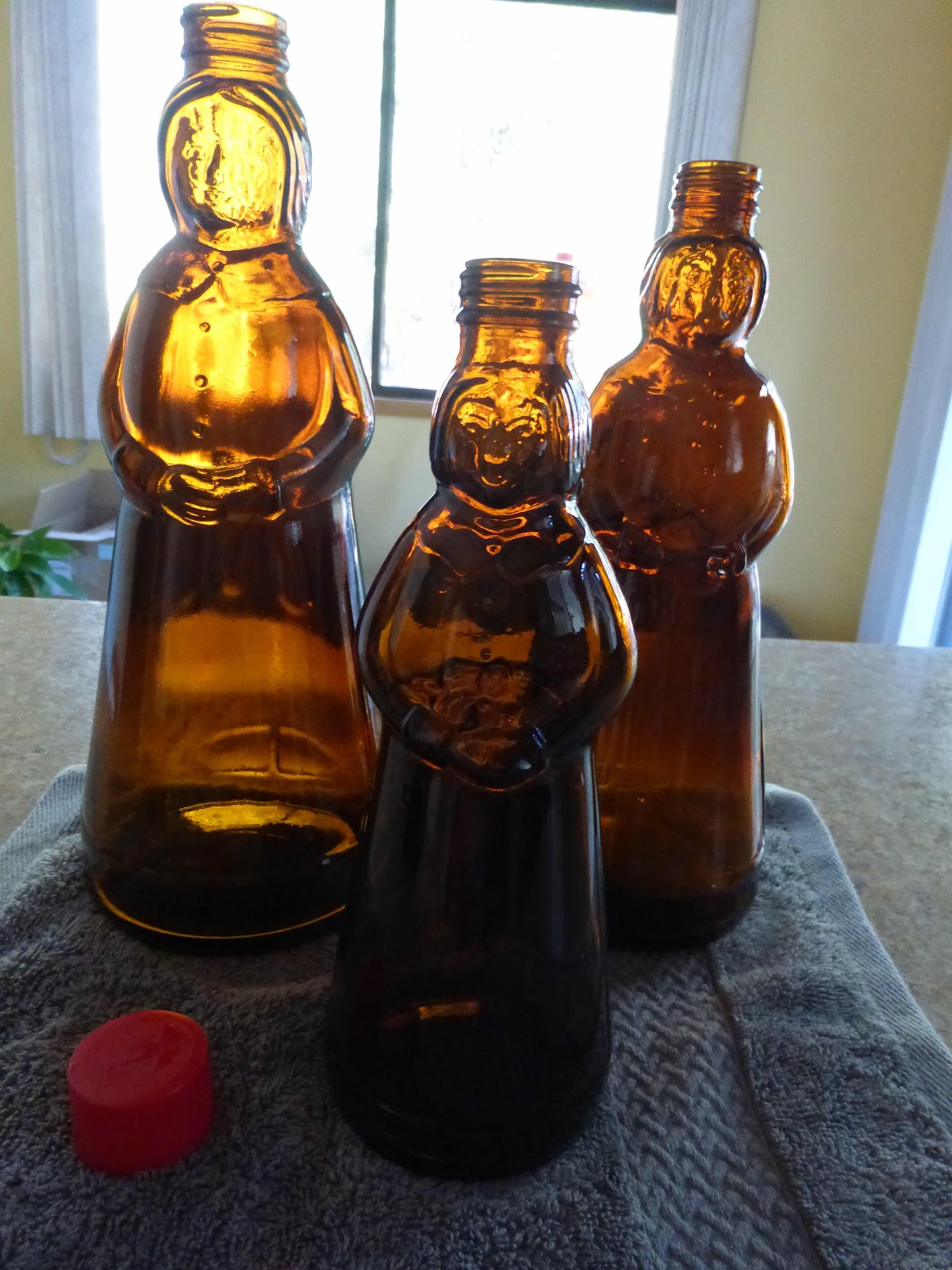 I have a wonderful 5’ tall crawl space in this new house I bought. There was a small amount of stuff left in there by the previous owners. I found a treasure. I love old things like Pyrex. So these old wonderful Mrs. Butterworth syrup bottles remind me of my childhood just like Pyrex does. The largest is about 11” tall. The smallest about 9”. I always thought they looked like glass dolls.
Posted by Erin at 2:43 pm 1 comment:

Yet another Leylandi Cypress hedge… gone! Beautifying the garden world one hedge at a time.

My new house came with a Leylandi Cypress hedge. You may recall my old posts about the hedge from hell at my Sidney house? That hedge (row of HUGE bloody trees) was my nemesis. Refresh your memory here. This one was only eight years old and were less than a foot tall when planted. They were already about 17’  tall and the largest trunk was about 9” across. So I immediately booked a backhoe operator as soon as he was available and our fire rating decreased so machinery was allowed again. That day was yesterday. 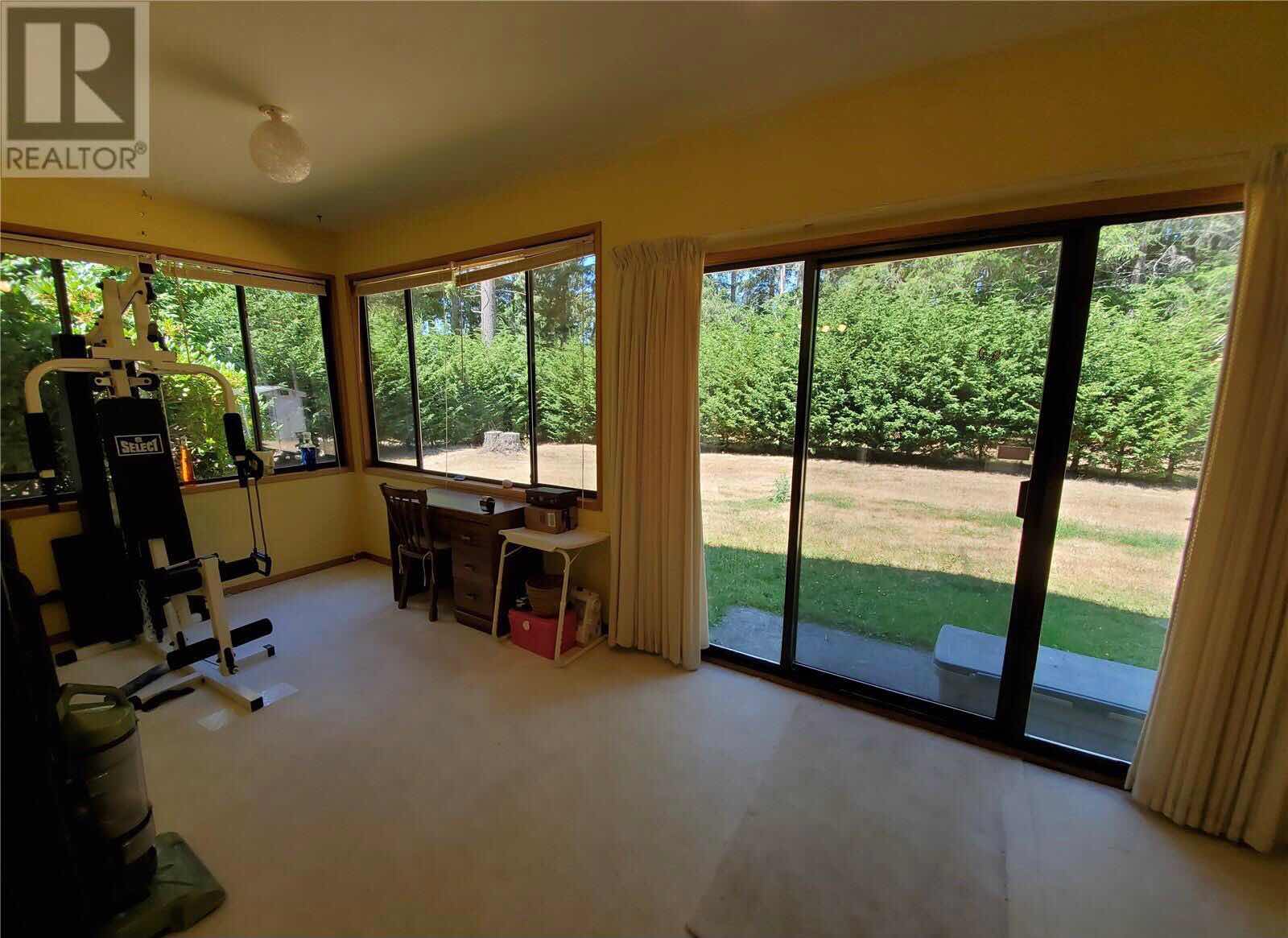 You can see the hedge through the window. It doesn’t look like it in this Realtor listing photo, but the trees are about 15+’ tall. 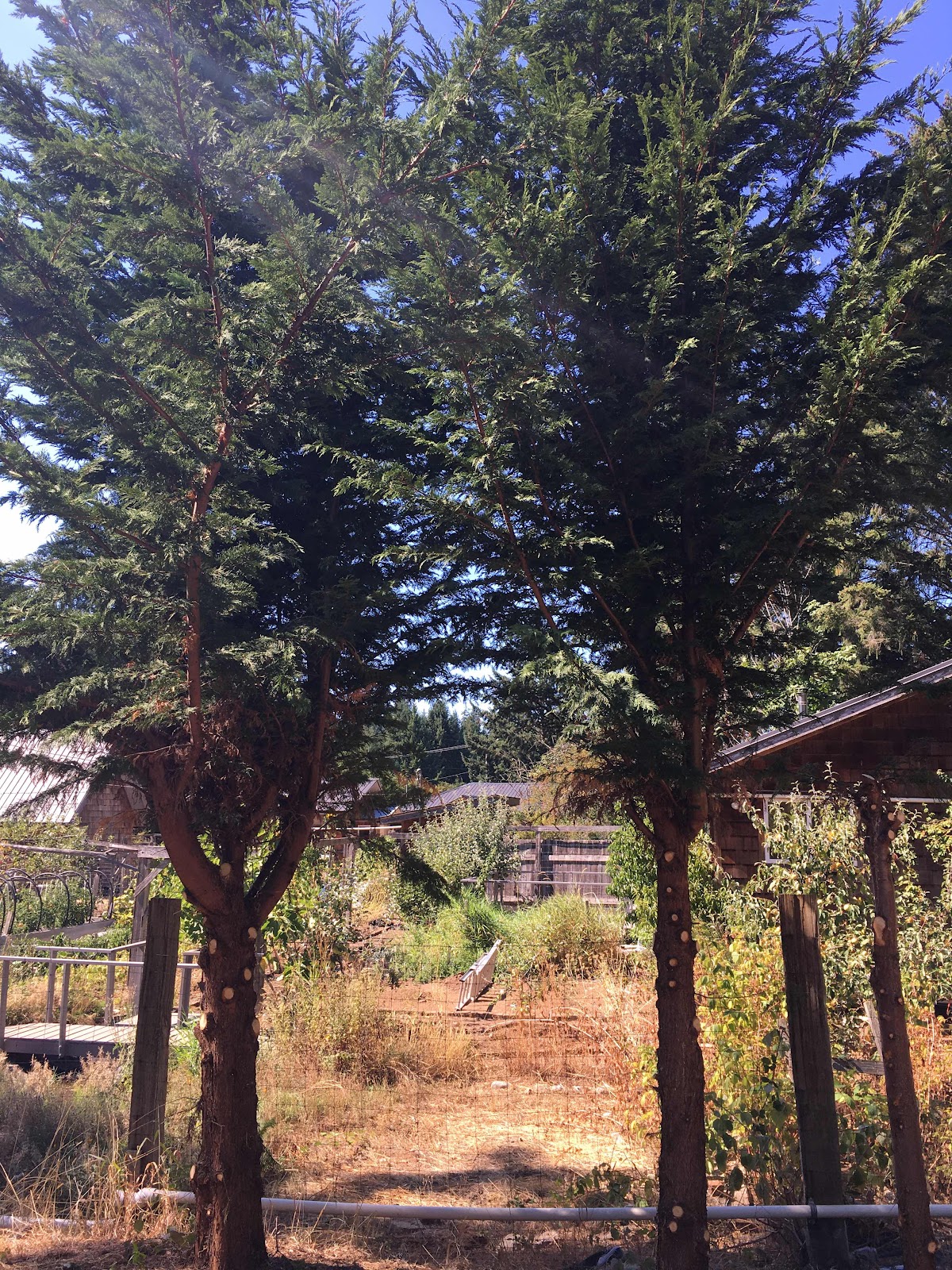 Some of the branches trimmed off for chipping. 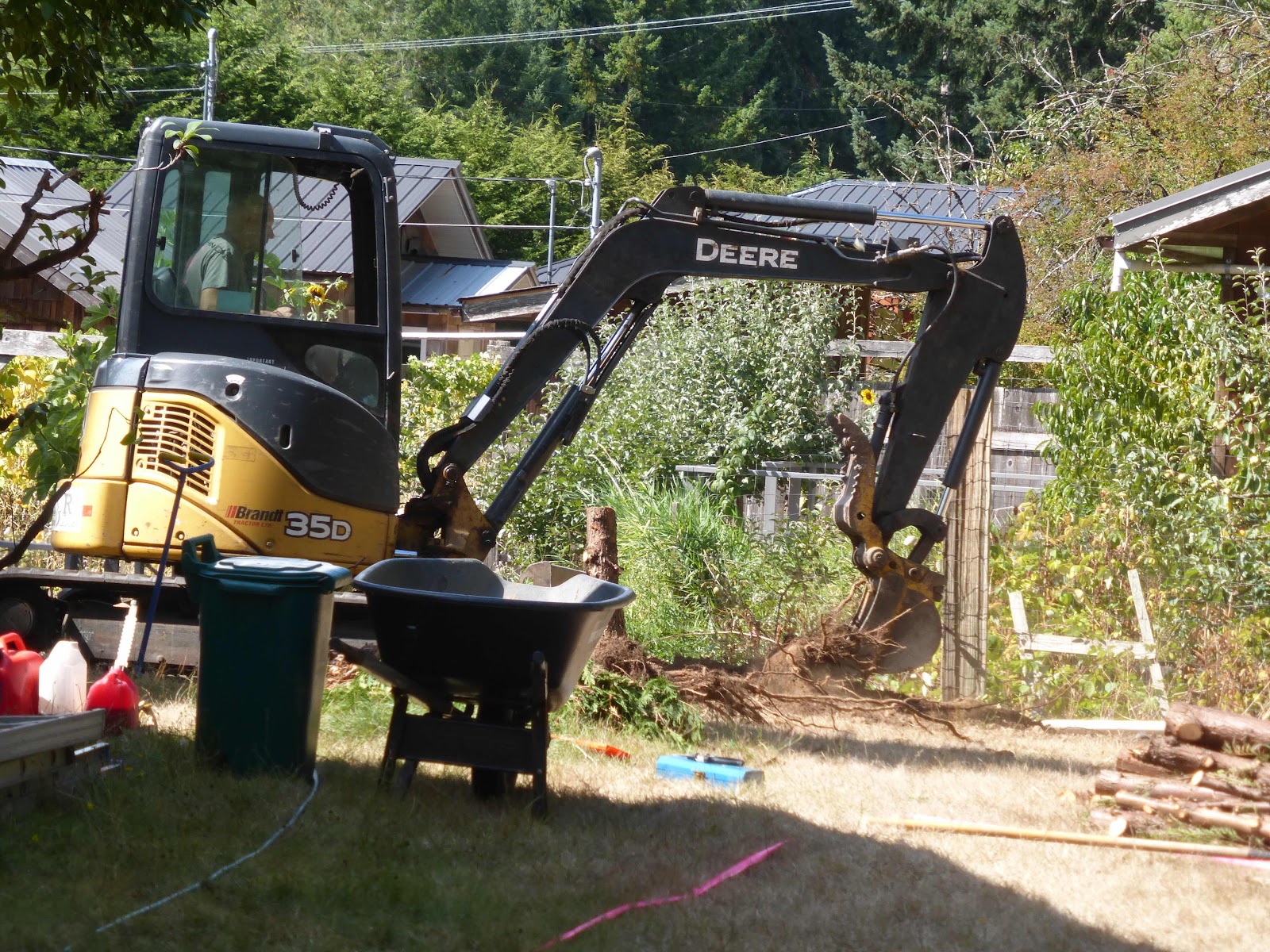 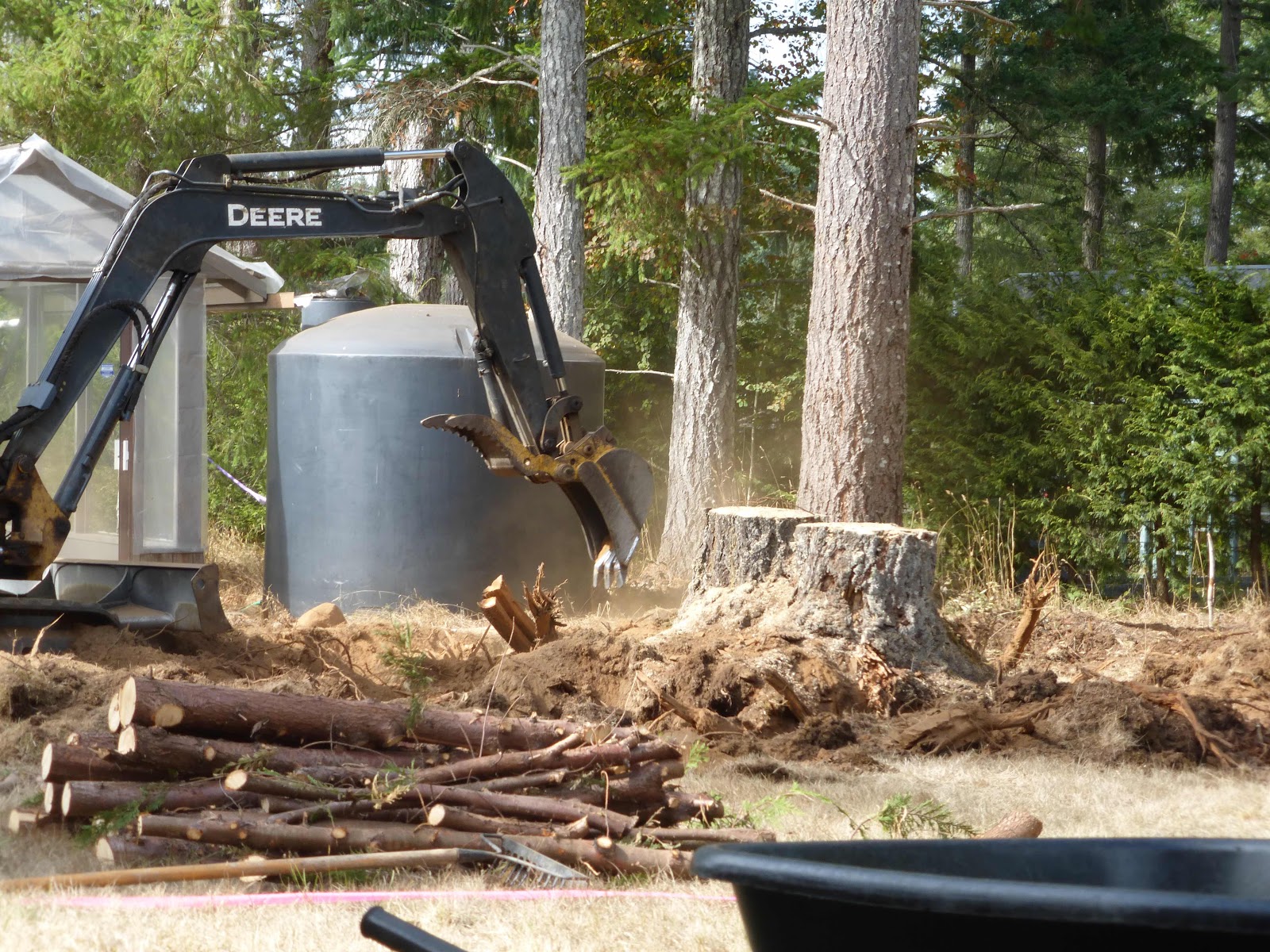 A twinned fir tree that was cut down ages ago. 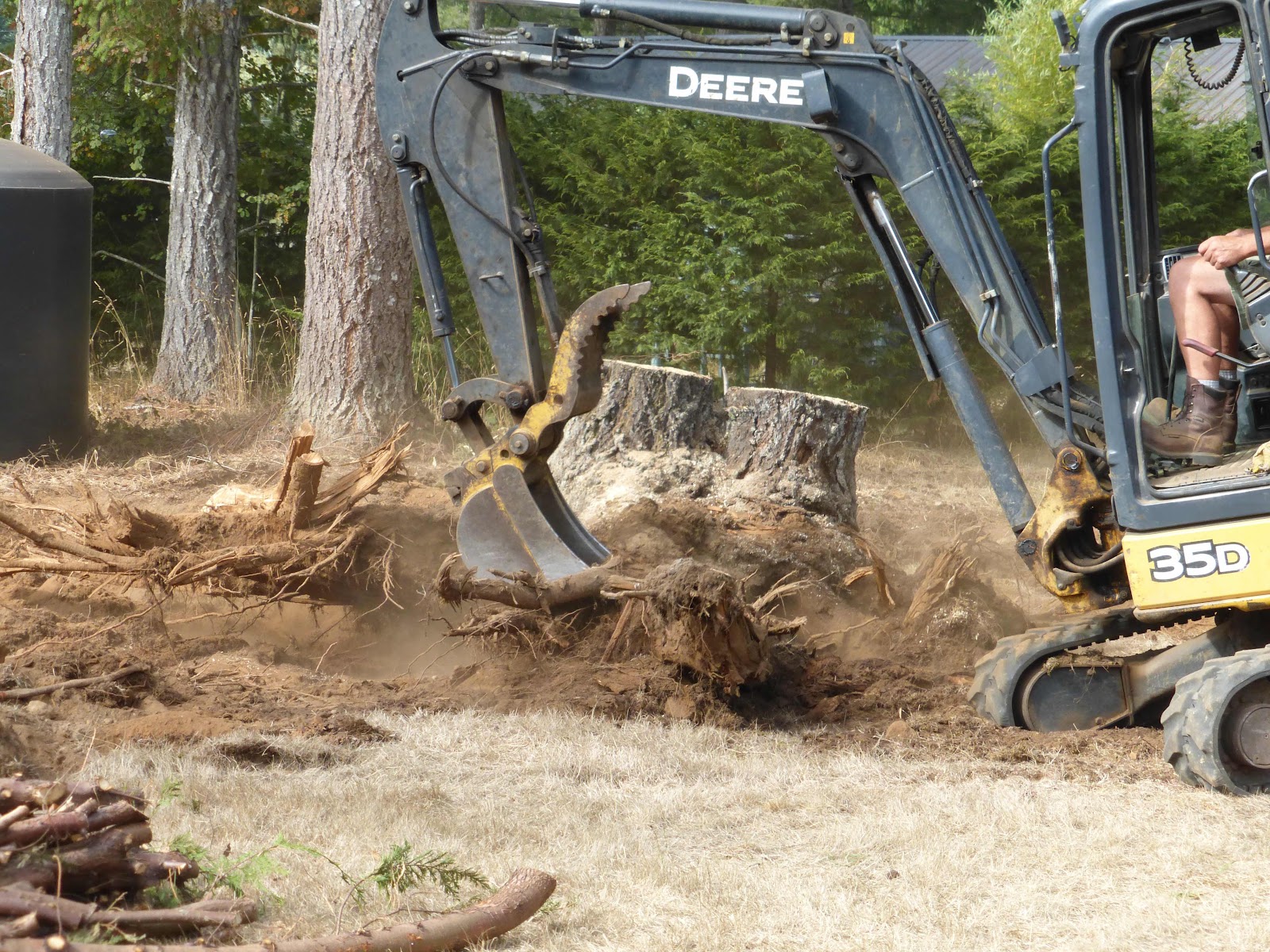 Too heavy to lift and take way, but roots are out for us. I’m betting it will be slow tedious work with the chain saw.
Posted by Erin at 7:34 pm No comments:

A little holly tree of my own

When I bought my house I didn’t really give much thought to the very few plantings as most were in terrible shape, not my style and would be coming out. I noticed this tree that was full of dead branches and really barely hanging in there. I inspected the leaves and thought it was perhaps a laurel. When I took a few minutes one day and really had a good look at it, I looked up. In the green leaves were some, not a lot, green berries. My excitement level went to a ten. I took a photo and zoomed in. OMG, is this a holly?! I started looking at the leaves again. It is obviously older and they lose that classic pointy holly leaf shape and smooth out. But sure enough, it is a holly. I am pretty sure an English Holly. My favorite nursery (Dinter) informed me a while ago, that because English Holly is now considered an invasive species, they can no longer sell it. I have been trying to propagate cuttings from mine at my old place. In a full year, I did get one variegated to take, but not a single green. So this is pretty thrilling for a girl who loves her holly. I have fertilized it, given it lots of water, trimmed off most of the dead tips and branches. And now, back to wallpaper removal. 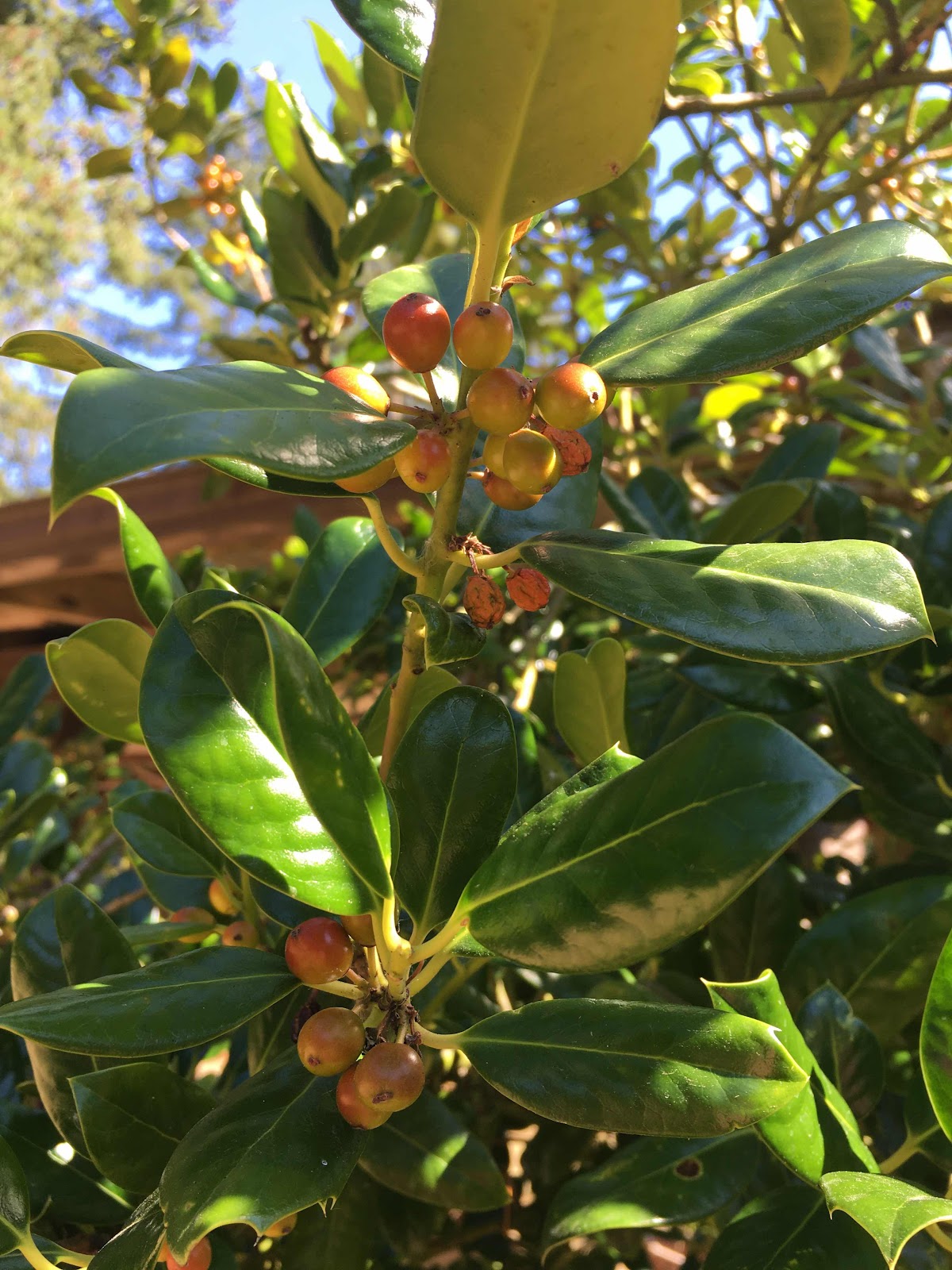 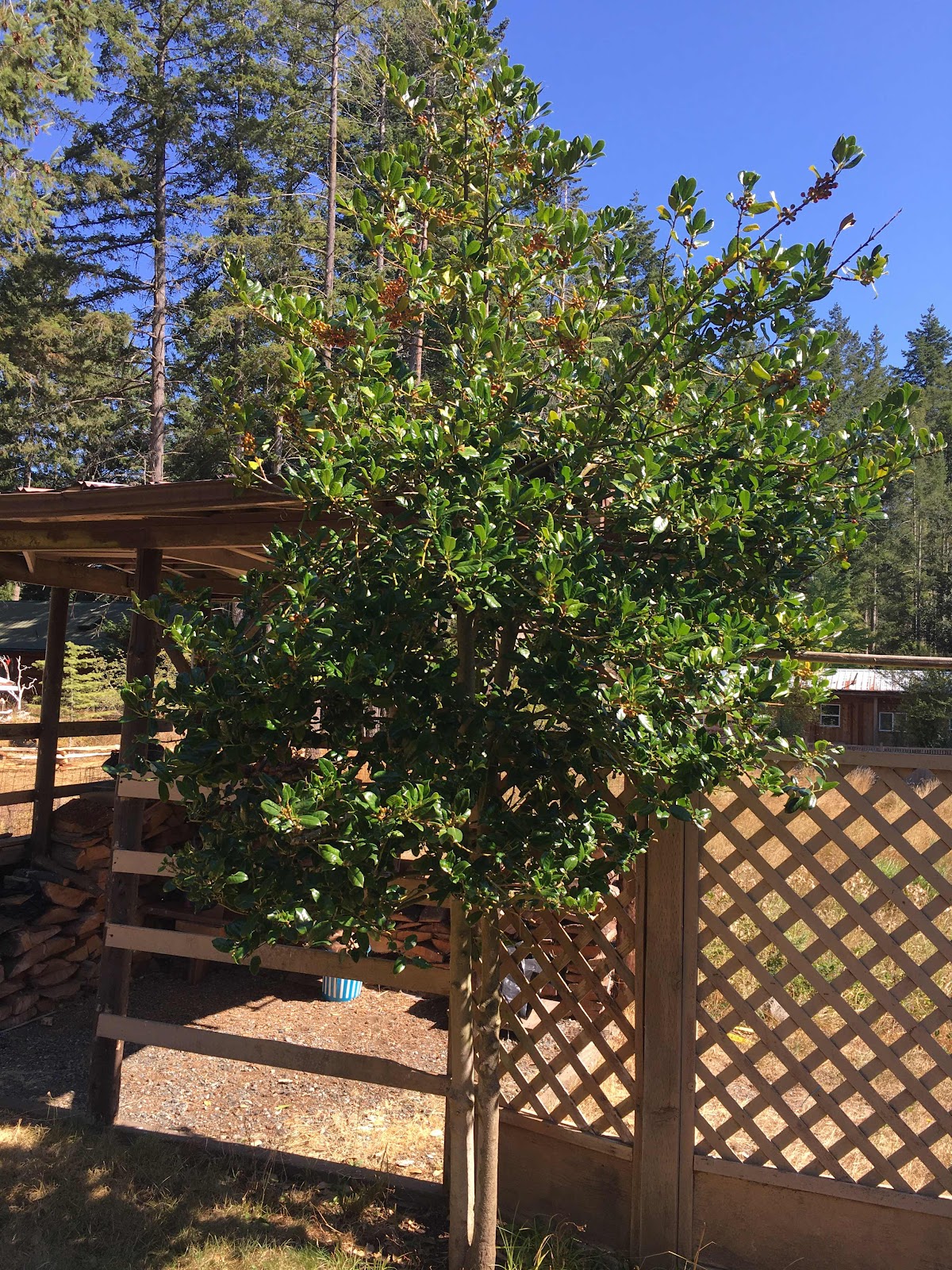