I seem to always forget to take pictures. I always think of it after I'm done. I've been blogging since 2011 so you would think I would have this down by now. I don't, so here is a picture of my transplanted orchids. They were in tight little pots with no rigidity. They were weird and wouldn't stand up on their own. The sphagnum moss was so tightly packed I was sure that the centres would never dry out, hence, rotten roots. One of them was exactly like that. All the centre roots were rotted. I cut out the dead roots and placed the plant in front of a fan for about an hour. Nicely dried out, I put them in the only clear pots I could find. They were a bit bigger than I wanted, but they would do. 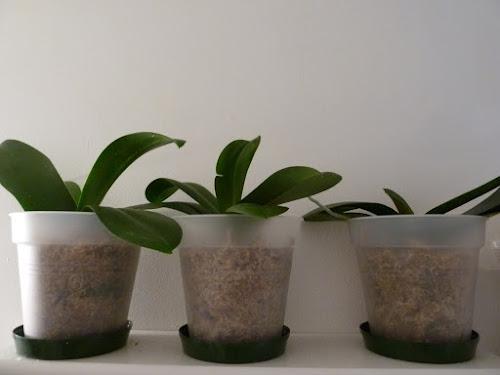 I found this sphagnum moss at Dinter Nursery. It is a small, thin, hard block that you put in water to hydrate. When I first grew orchids, you only used mixes of bark mulch or my old favorite, Tree Fern. This orchid potting medium is new to me. I am a convert. 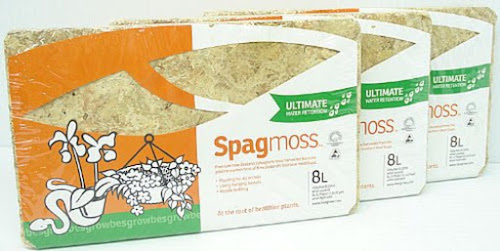