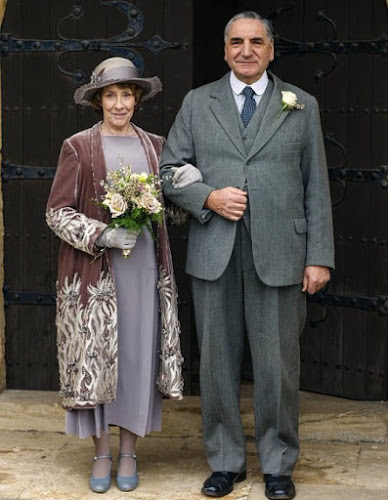 I cannot believe that we are in the final season of Downton Abbey. I came into it at the beginning of Season 4 and was hooked by the end of the episode. Allan and I then binge watched the first three seasons. We fix ourselves a wee glass of Drambuie and sit down on Sunday nights and watch last weeks episode followed by the new. Last nights episode, the marriage of Mr. Carson and Mrs. Hughes, was in my opinion the best episode of Downton Abbey to date. It was action packed, romantic and tearful. 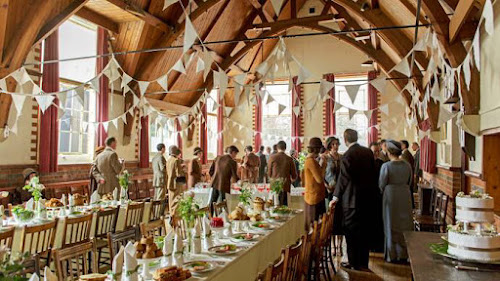 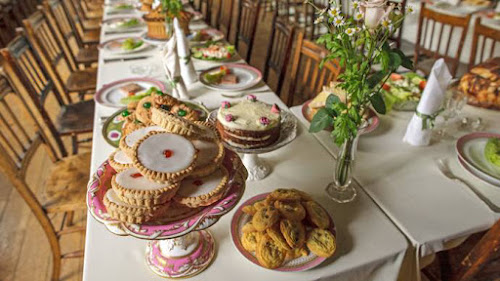 And then there was Lord Grantham's cough that scares me a bit. Allan and I have a theory and it involves the impending hospital decision. When Mr. Barrow went for a job interview in a rundown house of former splendour, my heart wanted him to fall in love with the elderly owner pining for the old days, and together they could bring the house back to its glory days.

Then at the end when Mr. Branson and Sibby arrive back home to stay....I actually called out!!

The photo's in this post are from pbs.org. They had some wonderful behind the scenes photos, so I've included a few here. Aren't they fun!! 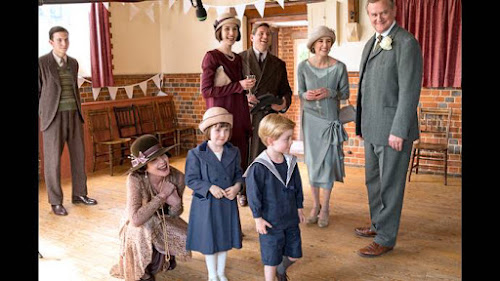 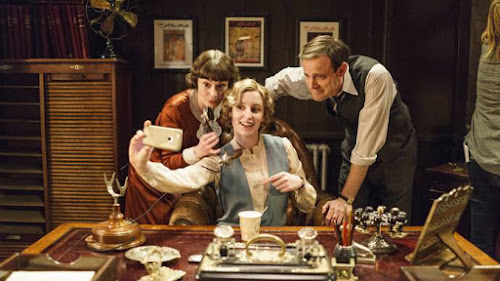 Edith taking a selfie with her gold iPhone. Love it. 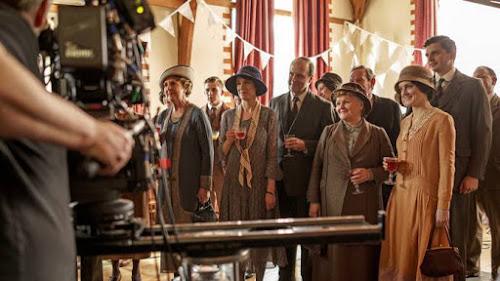 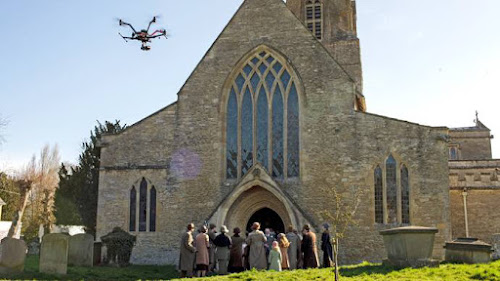 A drone. How unexpected. 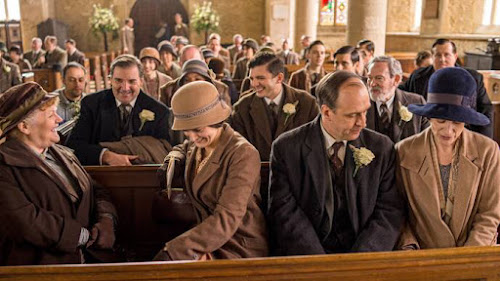 We are really enjoying Downton Abbey and will be sad when it finishes. I had a feeling Tom and Sibby would come back. Trying so hard not to read spoilers about the show.

And next year's most popular color will be..."Oyster" in all it's pearly colors. You heard it here first Erin!

I will definitely pay attention to you!! Now that I sell chalky paint in the store, colour trends are fascinating.