Urban farming starting to take root in Montreal...{come on Sidney, if Montreal can do it, surely little Sidney can} 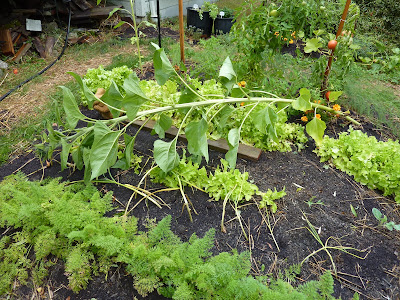 MONTREAL – The city's public consultation office will hold hearings in the spring into the issue of urban agriculture, after volunteers gathered nearly 30,000 signatures on a petition requesting this.
It’s the first time the right for citizen-initiated public consultations in Montreal has been used successfully since it was introduced in January 2010.
Usually the city’s executive committee decides topics for public consultation.
Montreal Mayor Gérald Tremblay congratulated the volunteers who collected the signatures. They needed to gather 15,000 signatures in a three-month period, but collected 29,068.
“Urban agriculture addresses social, environmental, economic and educational issues,” Tremblay said.
“I hope that the public consultation will allow the sharing of constructive ideas that will improve the quality of life in Montreal by further integrating urban agriculture into the city’s development.”
Many Montrealers already practice urban agriculture, he said, through gardening at home or in community or collective gardens.
Several Montreal families are already raising backyard chickens, although the practice has been banned in the city for decades. North American cities are currently grappling with urban-agriculture issues such as raising animals in the city, allowing beehives and using public land for agriculture.
The Conseil régional de l’environnement de Montréal was one of nearly 50 organizations involved in the petition drive.
It said the public hearings, held in different parts of the island, will provide an accurate picture of the state of urban agriculture in Montreal and help to develop a vision for its future.