Switching the whole house over to LED lighting.

I had no idea. It was a comment made to me when I was in the dining room working at the table. My frugal friend said, ‘that chandelier is going to take a toll on your hydro bill, why don’t you dim it a bit.’ I looked at him like he’d grown another head. He then said, ‘it is using about 400 watts right now’. I looked up, did the math and realized he was correct. I brought up my hydro company website and they had a cost calculator. Using the chandelier a few hours a couple times a week translated into about $100.00 per year. I immediately realized too that in a 2500 square foot house, lighting is a huge expense. I did a bit of research and found that LED lighting uses about 1/10th of the actual hydro for the same amount of light. I immediately ordered ten 60w equivalent dimmable chandelier bulbs. They arrived and I put one in and was taken aback. It was SOOOOOO wrong. It was bright beyond belief and a very hot jarring bright white. Ten of them would be unbearable even on a dimmer. (I can’t believe I didn’t take a photo.) So I took them back immediately. I realized also that Daylight meant a very blue light rather than the incandescent warm light we are used to. The other fixtures I had purchased with LED’s built in were clearly on the warmer side of the spectrum. I got a crash course in LED.
Right away I ordered 25w equivalent chandelier bulbs which use about 2 watts of actual power. They are 2700k which is a much warmer colour. The bulbs arrived. The colour of the light is perfect. The brightness, perfect. There are two issues with the way the bulbs look. The visual. The old ones looked just fine. These ones have painted print on three sides of the glass bulb about half way up the actual bulb. Check it out. And also note the size and bulk of the silver band that unlike the last ones is too huge to hide. The larger wattage bulbs I had that I returned, had a silver band that slid under those white plastic candle covers.
BEFORE 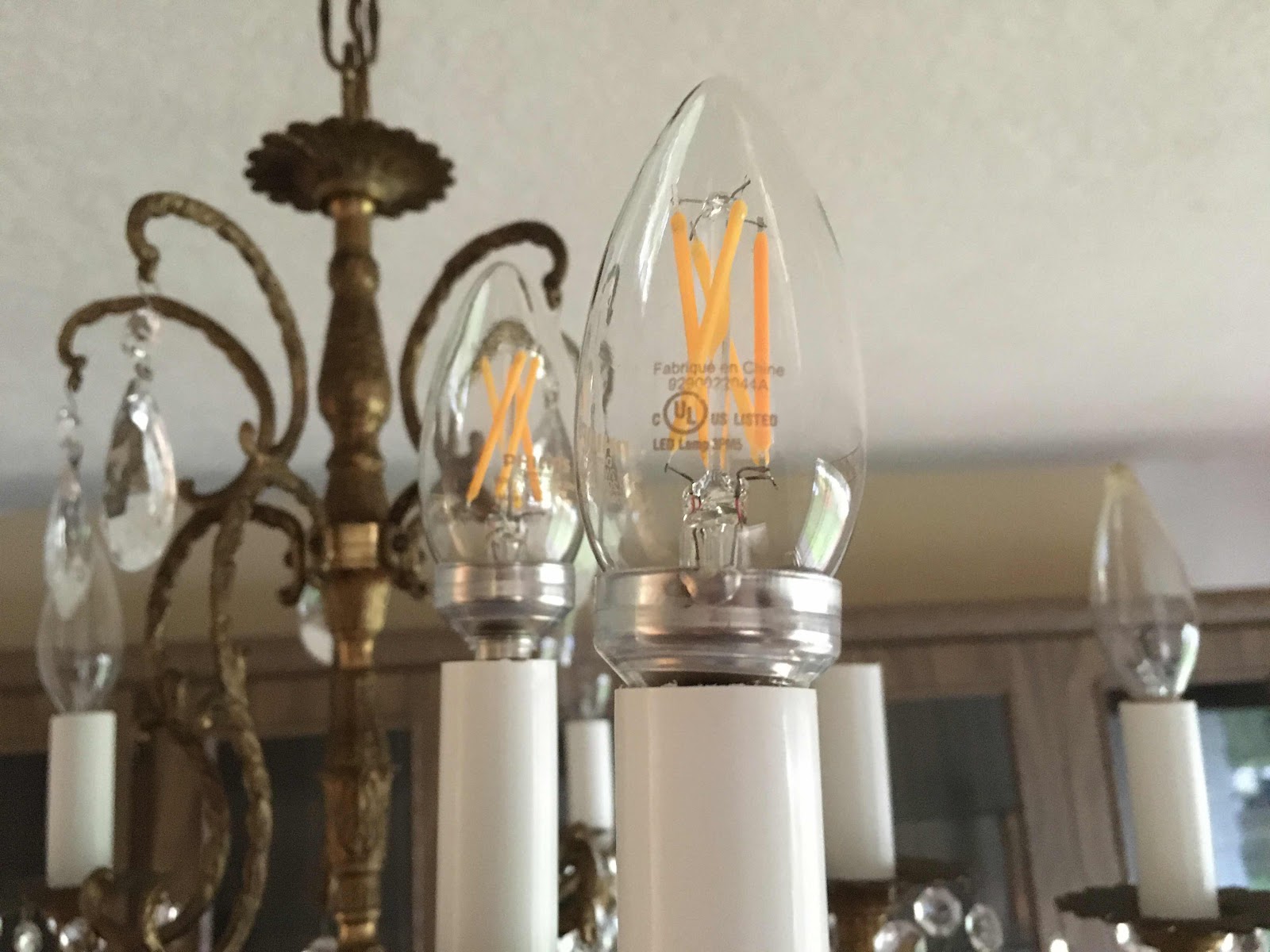 So I used my trusty scraper, a new blade and a little Windex to use as a lubricant and the ink stamped on the bulbs came off. Thank goodness. If you do this, really take your time and you won’t scratch the glass. 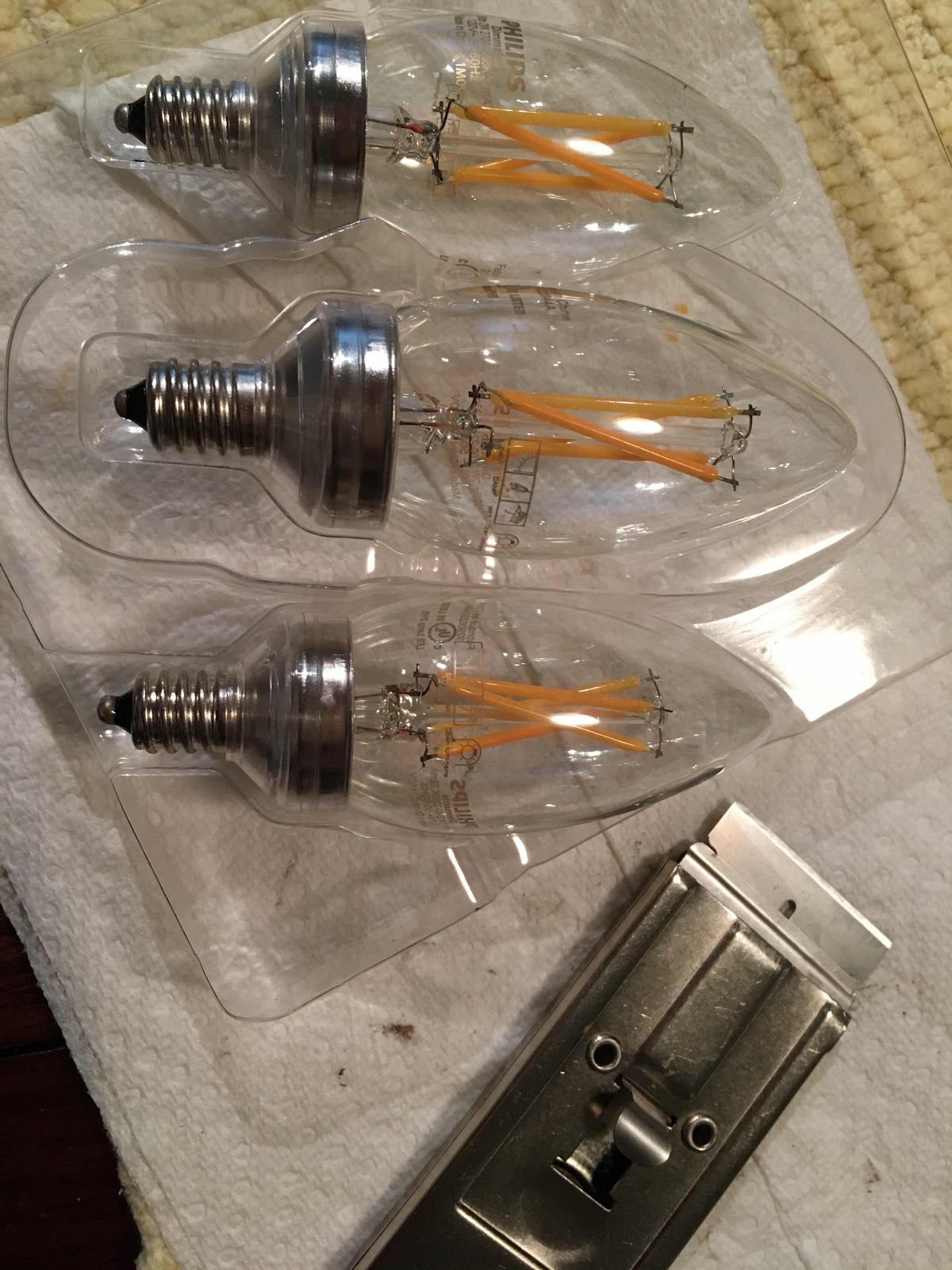 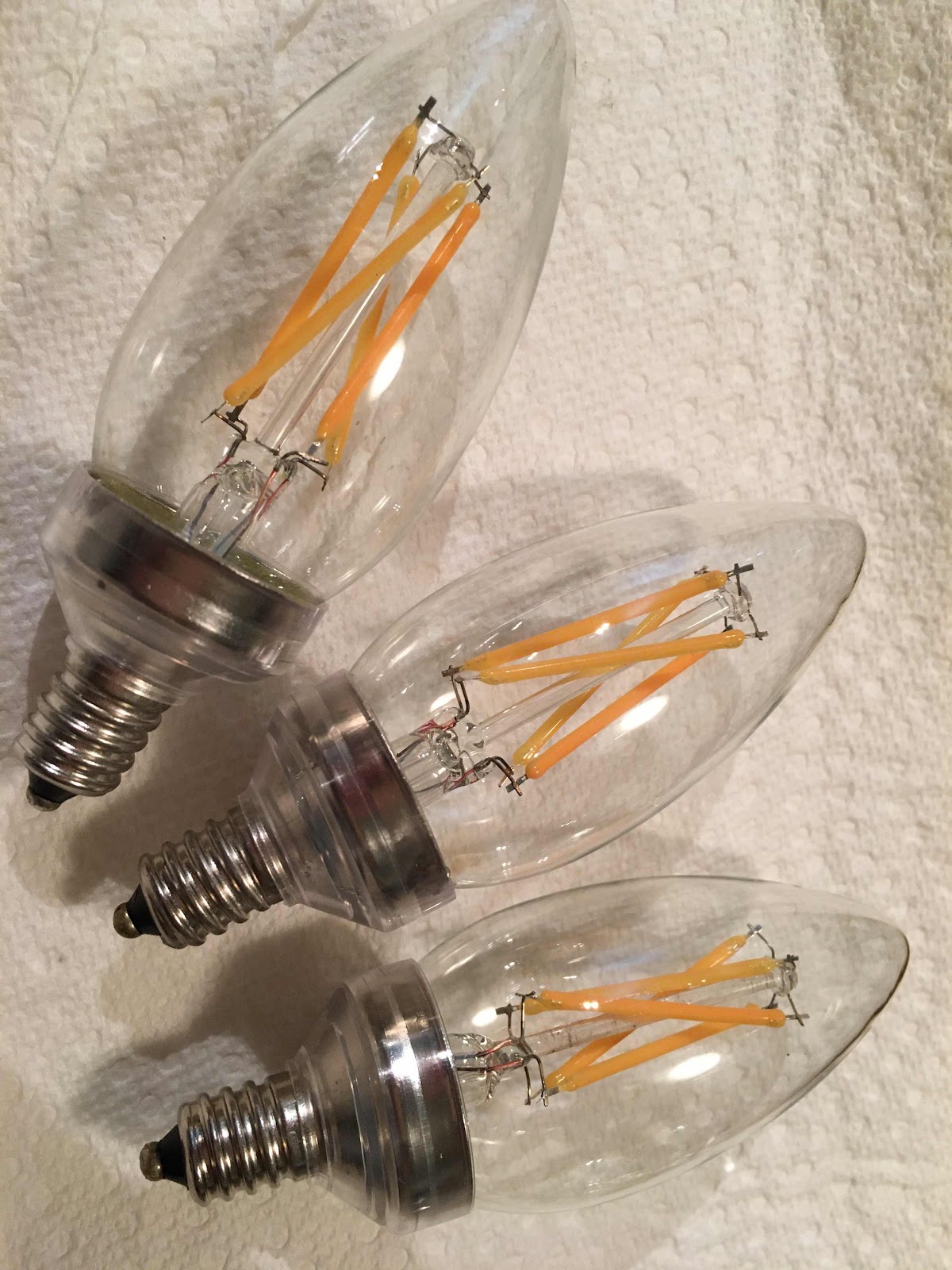 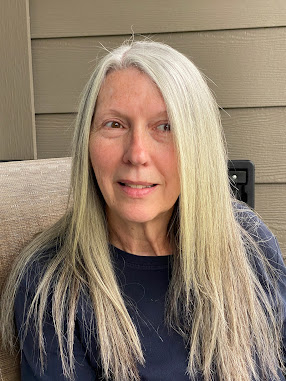