The Blueberries have been moved and the new garden defined.

It was a brutal job, what with the dry summer and solid clay, but I dug out the Blueberries and moved them into the new smaller garden. It actually looks better and I have a feeling that they will be much happier there. They will not be out in the centre of a garden in the hot sun. They will get a bit of shade at the roots and coolness from the apple trees. 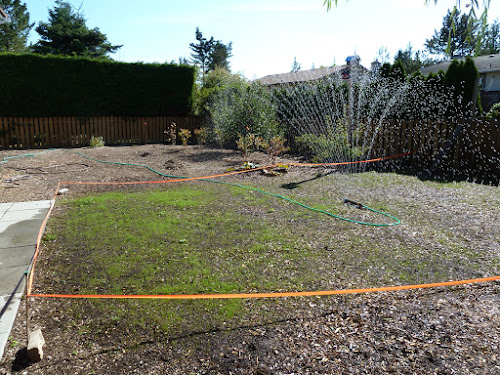 Below is a photo of where they were. They are just on the left of the tire tracks. There are not a lot of leaves on the Blueberries, so they are hard to see. Sad isn't it. They did not do well there. I think it was just too dry and hot with no garden around them this year. To the left, or behind them, are some lavenders that have been moved. The Blueberries were moved to the area just behind the lavenders. It sure looks better now doesn't it. 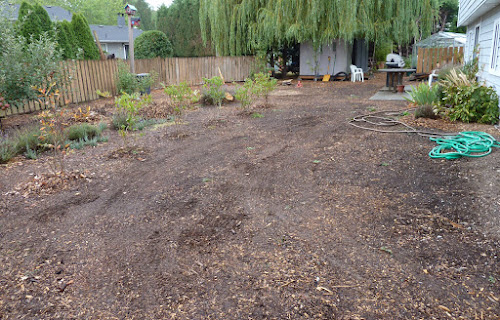